Home | News | FEMALES ON THE TOOLS 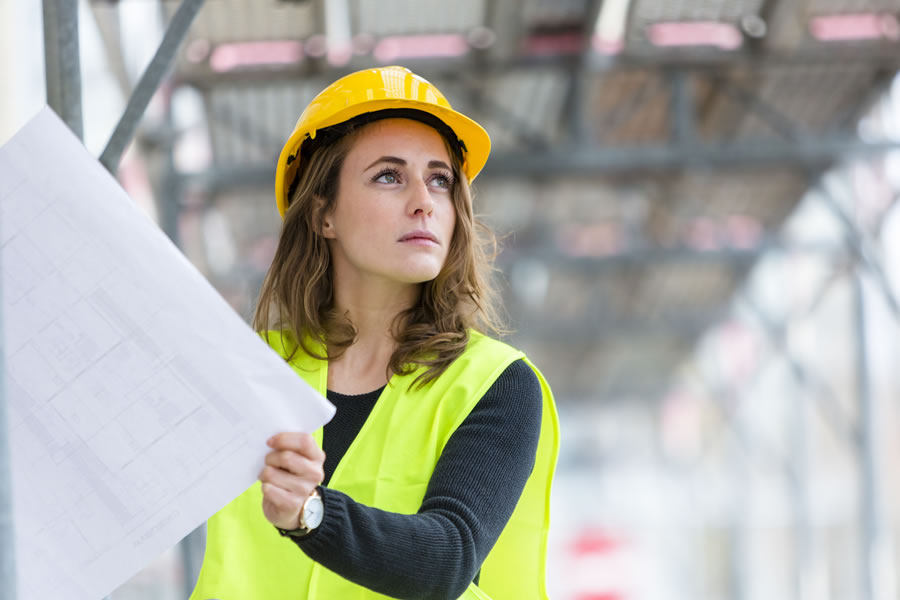 FEMALES ON THE TOOLS

After 9 years in construction, am I wrong to have expected improvements by the end of 2017?

Construction is, and has been for many years, a very strongly male dominated industry. But I guess you could have said the same for law enforcement,  politics, finance, even technology and science in previous generations. So why is there such a lack of females working on the tools?

Prior to undertaking a career in Health and Safety 2 years ago, I spent 7 years working as a plumbing, drainage and heating engineer in the domestic world. Sure, I would get some surprised looks, maybe even a few sly comments, and yes of course manual handling would at times be an issue for me, but overall, I would say I was as capable as any of my male colleagues and I never received any complaints from customers, colleagues or my employers.

I did not see any reason why more girls like me do not decide to make a trade such as plumbing, tiling, electrician as their career choice. So, what exactly is it that’s stopping them? A recent survey showed that only 13% of women between 16-25 said they would consider a career in construction. The ‘Macho’ on site environment and the lack of flexibility with working hours given as the key reasons.  From my experience, the ‘Macho’ environment of a site is a myth from previous decades. In fact, most of my male colleagues actively went out of their way to make me feel comfortable and supported and took pride in having me working alongside them.  As for the working hours sites currently operate, they are tough, but for everyone. With working days starting early and travelling to and from site, it is possible that more flexible working hours may be to the benefit of all, regardless of gender.

It would appear, that the first obstacle is not to change the construction industry’s view of women operatives, but is to change the image of construction. To demonstrate to women that it can be a positive, welcoming environment they can enjoy and be successful within.

I’ve now spent 19 months is construction health and safety, visiting on average 10 sites a week.  In that time I have met a few female H&S managers, I have seen 2 female operatives working on site (digger driver and a painter) and I’ve heard of one female crane driver, but I haven’t yet seen any female site supervisors or managers. I have however seen various female cleaners, canteen workers and security members.

The fact is that official statistics show that at the end of December 2016, there were 2.3million workers in construction, 296,000 of these were women, which is the highest for 20 years, at just 12.86% of the work force.  Which leads me to ask, with a constant skills shortage is construction missing out on a valuable workforce?

Should construction be doing more to actively promote and encourage female skilled operatives? What exactly can be done to help change the image of construction and make it more appealing to females?

I know from personal experience that females are physically capable, and they introduce no more hazards then male operatives. I personally decided to change my choice of career and take up plumbing at the age of 24. The opportunity for me to gain a trade skill was simply not available to me during my younger school years. Even during my plumbing college course, which I took 10 years ago, I was the only female and was fully aware I was entering a male environment. I would like to think that this has now changed for young girls in our schools and colleges of today.  Maybe this apprentice level of training should be where the active focus of the skills drive should be initiated.

So, I guess I’m just wondering when and more importantly who, is going to be that company who takes the steps and leads the way in removing these barriers and might just unlock the hidden workforce that the construction industry is constantly in need of.

I am proud to say that Lighthouse Safety have assisted me in developing and promoting me as a person within my career.  At no point have they taken any interest in my gender, but in my capabilities and experiences in life and what attitudes I can bring to my role.

I can confidently say that Lighthouse are one of the companies that are taking the positive steps to remove barriers of gender issues in construction. We truly believe in the person, not the stereotype and we pass this attitude onto those we work with, in both our training and consultancy roles. Our ability to think forward think and bring a positive culture to health and safety within construction is just another reason why we at Lighthouse Safety are such a valuable company to those who we support and assist.